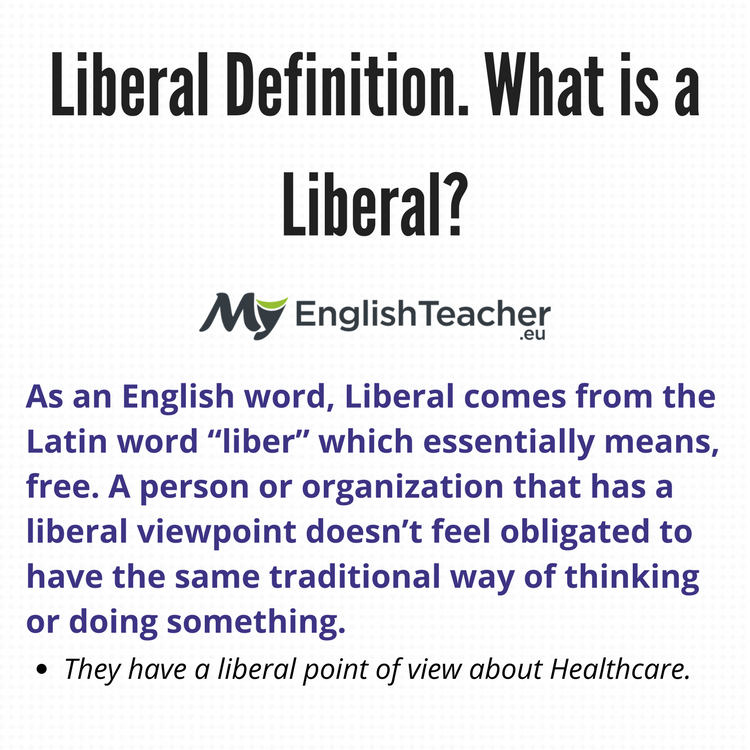 As an English word, Liberal comes from the Latin word “liber” which essentially means, free.

Today, however, it is more frequently used in Politics around the world as an adjective to describe a person or group that is open to new ideas and behavior. A person or organization that has a liberal viewpoint doesn’t feel obligated to have the same traditional way of thinking or doing something.

For this reason, the word Liberal can also be a noun or title for the person or group who holds that viewpoint.

Examples of Liberal as an adjective for a group.

Examples of Liberal as a noun for a group.

Now that you know what this word means and how to use it, why not try to be more liberal about speaking it in your daily conversations! Use it to describe peoples viewpoints, a political group or even your way of acting or doing something.