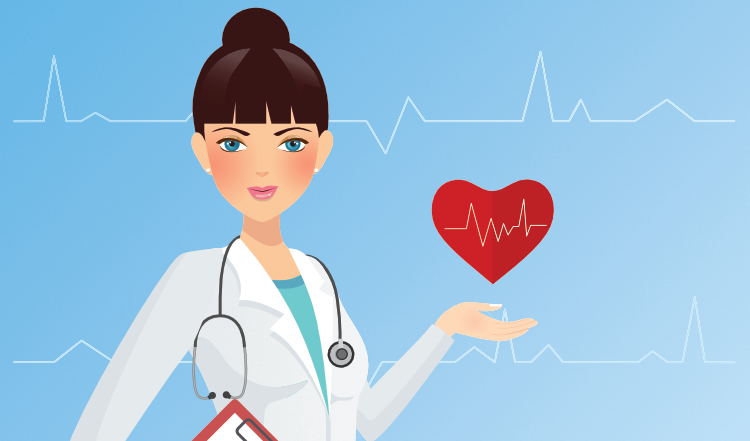 If you’re a nurse, you have many opportunities to use English! Whether you are using a reference book or treating an English-speaking patient, these words are for you.

This post is organized by a situation, so you can jump to the section that is most relevant to you!

Calorie: the amount of energy needed to increase the heat of 1g of water by 1 degree Celsius

Diet: to restrict the foods that you eat for a period of time, usually to lose weight

Excess: having too much of something

Function: what something can be used for

Growth: irreversible increase in the mass and height of an organism

Gymnasium: a place with various equipment for physical training

Habit: something that a person does out of custom

Harmful: something that can cause damage

Health: a state of well-being, without disease

Hygiene: practices that contribute to disease prevention, particularly with sanitation and cleanliness

Nutrition: the process of eating the right balance of foods to provide your body with enough energy

Over-the-Counter Drugs: medications you can buy without a prescription

Posture: the position of the body

Respiration: the act of breathing

Addiction: becoming unable to quit something, i.e. a drug addiction

Allergy: a hypersensitive reaction to something

Ache: a dull but persistent pain

Blood pressure: the pressure that blood exerts of the walls of blood vessels; can be measured quickly to assess health

Calcium: the element Ca, which strengthens bones and is used in nerve signaling

Clinical trial: research that is done to test how well a health product works, such as a drug or other medical treatment

Diagnose: to determine what an illness or disease is Disability: when one is not able to perform normally

Hormone: a substance released by a gland that influences the body’s emotions, growth, digestion, and other processes

Immunization: the act of protecting a person from disease

Insurance: a guarantee by a company or government to pay for certain medical expenses if you have pay a premium beforehand

Vital signs: clinical measurements that indicate the state of a patient’s body functions

Weight: the mass of a person

Anorexia: a prolonged starving of the self

Antidote: a medicine that reverses the effects of a poison

Anxiety: an unpleasant worrying about the future

Bacteria: single-celled organisms that can be either beneficial or harmful

Cure: something that gets rid of a disease or disability

Dehydration: not having enough water

Depression: a prolonged feeling of helplessness and hopelessness that may be accompanied by hormonal changes in the body

Disorder: when one is affected by an abnormal condition

Fracture: breaking of something, such as bone

Frenzy: a state of madness or uncontrolled behavior

Hazard: something, including a chemical or activity, that is harmful to someone’s health

Hyperglycemia: having excess sugar in the blood

Infertility: the inability to or difficulty with becoming pregnant and having children

Inflammation: a swelling of a body part due to an infection, usually by a virus or bacteria

Kidney disease: an inability of the kidney to carry out its normal functions; often a very expensive disease to treat

Lead poisoning: being exposed to toxic lead (an element) and exhibiting symptoms such as impaired memory and loss of muscle control

Pregnancy: having a child developing

Prescription: instructions written by a doctor authorizing a patient to be put through a medical treatment

Rehabilitation: restoring health after a disease or disability, through training and therapy

Sexually Transmitted Infections: diseases that are passed through sexual contact, including HIV

Skin Cancer: an abnormal growth of skin cells that results in harm to the body

Sore Throat: pain in the throat caused by a bacteria or virus

Toxin: a poisonous and harmful substances that causes a negative reaction in the body