Have you seen the brilliant opening ceremony of the London Olympic Games?
Are you sitting in front of the television cheering for your country and crossing your fingers for more and more world and Olympic records?
Are you trying to follow as many events as you can by changing the channels of the television and surfing the internet for the latest news?
Then it is high time you used this time to improve your English skills and to widen your knowledge in British culture.

How to learn English with Olympics Games?

1. As far as cultural immersion is concerned the BBC has already given us and the visitors who arrived to the Games a little help with its article: „A 12-part guide to the UK in 212 words each”, that is a nice and playful summary of the most common stereotypes connected to England.

How To Improve Communication Skills In English For Beginners

2. Don’t be lazy! There are numerous sport channels that broadcast from the Olympics (many in high quality, I just saw today and incredible slow-down of jump in artistic gymnastics in Eurosport that froze one moment of the jump and took a turn around the competitor showing her all around then continued the broadcast from a completely different angle), so find an English-speaking one and follow the event there!

The same refers to the online sources too – no matter they are streaming ones or written articles. If you are lucky you can find some commentators with some British accent that is obviously the most beautiful in the English-speaking world. One of the most obvious choices can be here the official website of the Olympics, that provides you with sufficient information and fresh updates not to mention its excellent and clear layout. You can also search for blogs in the events that you are interested the most! 3. There are many interesting articles about the former Olympic Games starting from the beginning of the traditions until present days. There are many interesting facts not only about the sports themselves, but about how politics and cold war affected the results and the participation of the Games. You can also dig deeper in the stories of the sportsmen, of how and when each sport was introduced, and how it developed durin the history of Olympics.

4. Obviously if you are a great fun of let’s say swimming it is worth to learn the vocabulary connected to it. Fortunately the online community this time has been very hard-working again, and I found some amazing websites that can boost your vocabulary very quickly just on time to catch up with live comments and to be able to have the full Olympic English experience.

5. Last but not least some widely known sport idioms in English. Are they the same in your language?

What is your opinion about the Olympic games?
Which is your favorite sport? Have you managed to dig deep in its rules or vocabulary in English? 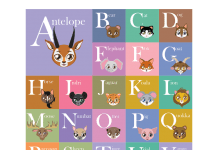