When it comes to homophones, or words that sound the same but are spelled differently, it can be rather difficult to tell the two words apart. When do you use which word? This post explains the difference between who’s and whose.

Both these words deal with people. The difference is what situations they show.

Who’s is the contraction for who and is.

Every time you use this word, you must be asking or talking about someone. You should be able to substitute who is to any use of who’s. If the sentence still makes sense, then you have used it correctly!

Most commonly, who’s is used to ask a question. Note that using a contraction is usually standard in English speaking, but is not formal enough to use in a written piece.

Likewise, you can use it in statements.

Whose is used to show possession.

The list of equivalent words for whose includes my, his, her, our, your, etc. If you are asking whether something belongs to someone, you can use whose. Substituting any of the possessive pronouns for whose should make for a sentence that makes sense.

In addition, whose can be a transition word to join an adjective phrase to a person or group of people. Whose and that both serve this purpose, and you use whose when the adjective is talking about a subject that is a person.

Do you know the difference between who’s and whose? Try to fill in the blanks in the questions below with the word that is correct. See the bottom of the post for the answers! 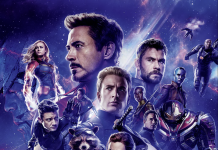 Find the Perfect Film for your Mood with our “What Movie Should I Watch” Quiz!